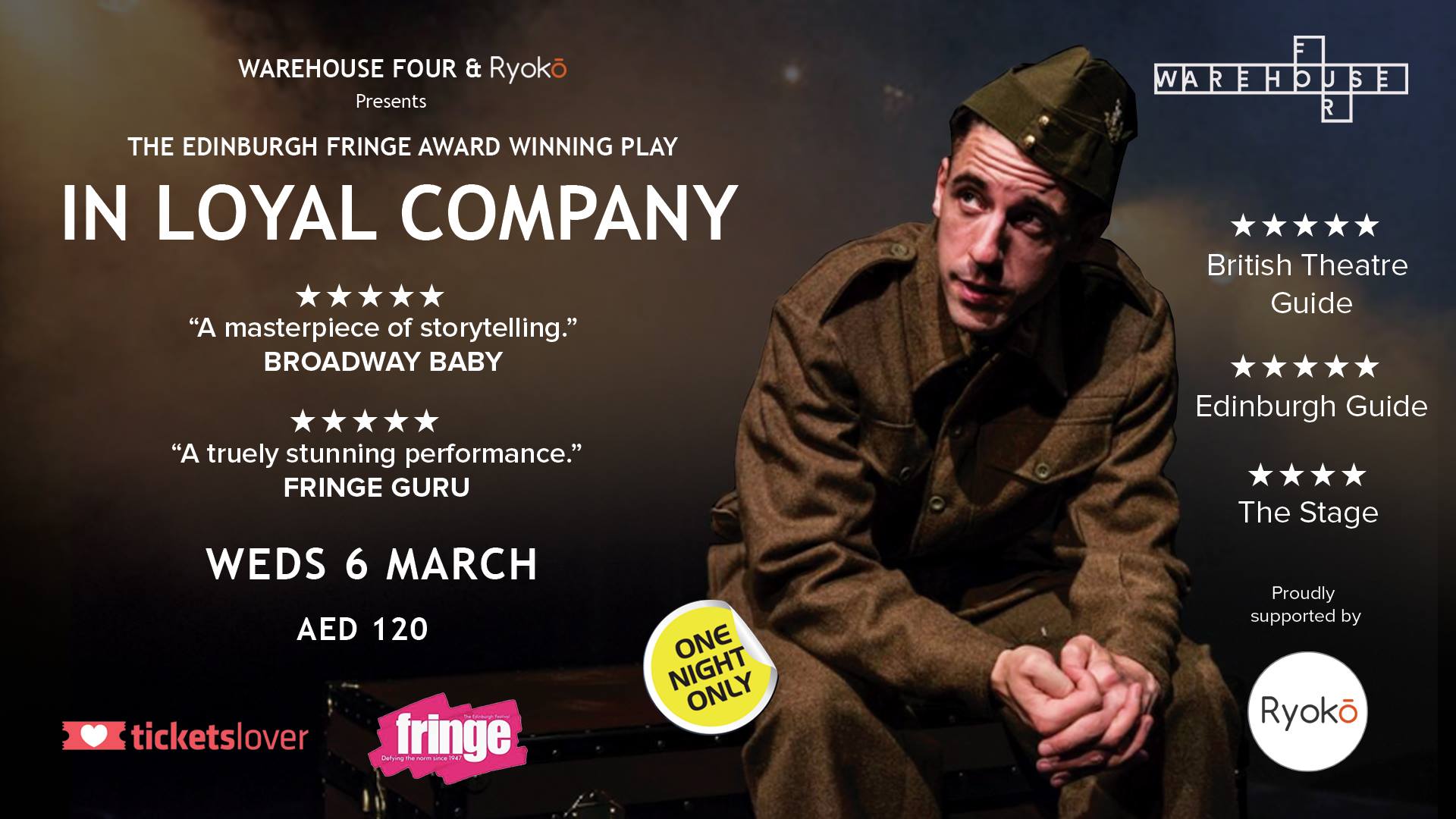 The award-winning theatre play In Loyal Company will be performed at the Warehouse Four on March 6.

The incredible true story is written and performed by David William Bryan, great-nephew of Arthur Robinson, missing World War II soldier and prisoner of War. The premiere of this amazing one-man performance took place at Edinburgh Fringe in 2018.

May 1941. Hitler’s bombs rain on Liverpool. Local packer, Arthur Robinson, joins up becoming a private in the 18th reconnaissance division. Deployed to Singapore, his ship is destroyed by Japanese dive bombers on arrival. Arthur is declared missing. This extraordinary true story of survival is a tour-de-force war epic.