Ghost the Musical at Dubai Opera 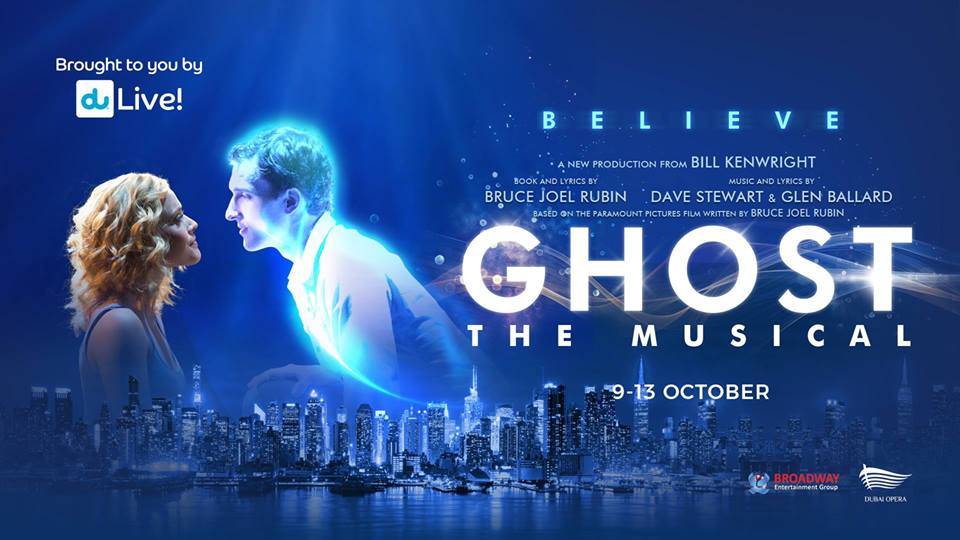 The Oscar-winning musical “Ghost” will take place from 9th to 13th of October 2018 at the Dubai Opera.

Based on the smash-hit film from the 90s, starring Demi Moore (Molly) and the late Patrick Swayze (Sam), the tale of a young couple in love quickly turns into tragedy as Sam is murdered leaving his beloved wife Molly alone, in despair and utterly lost.

With the help of a phony storefront psychic played by Whoopi Goldberg, Sam, trapped between this world and the next, tries to communicate with Molly in the hope of saving her from grave danger.

The movie won an Oscar for screenwriter Bruce Joel Rubin who has since adapted his screenplay for this musical which has lyrics and music from Dave Stewart and Glen Ballard. The movie and the musical feature unforgettable songs including The Righteous Brothers’ Unchained Melody.