Elissa at the Global Village in Dubai | Coming Soon in UAE 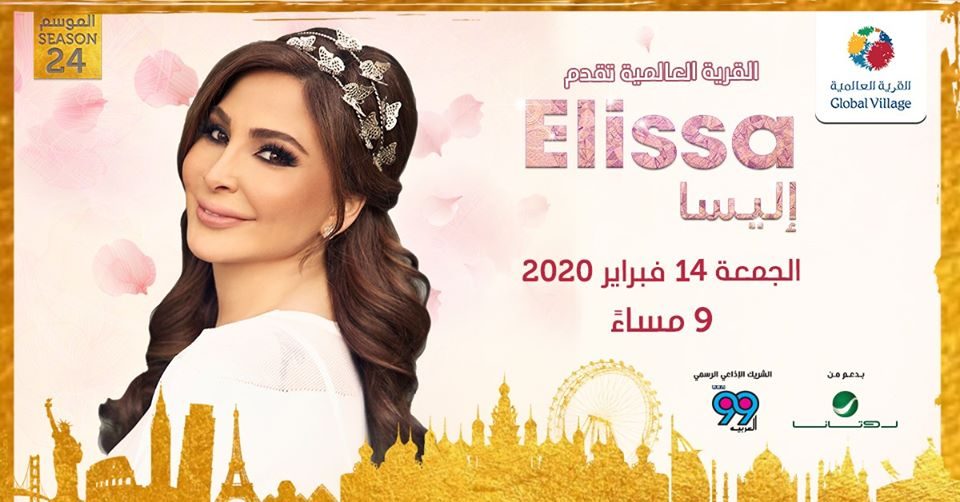 Lebanese singer, Elissa will perform live at the Global Village on February 14.

After winning big at the first Arab Nation Music Awards, she is now coming to play live on the stage. An unbeatable force in the Arab world, Elissa is heading to Global Village for an exclusive concert to perform her chart-toppers, from early tunes such as “Ajmal Ihsas” to her latest release “Saharna Ya Lail”.

The superstar Elissa is hitting the stage to sing some of her best hits “Asaad Wahda”, “Halet Hob” and many others. Elissa is one of the most successful female artists in the region, with over 30 million albums sold worldwide. Her long-lasting career counts a series of hits and awards, including a World Music Award for Best Selling Middle Eastern Artist.

The star will be performing a solo show at the Main Stage of the largest multicultural theme park in the region.