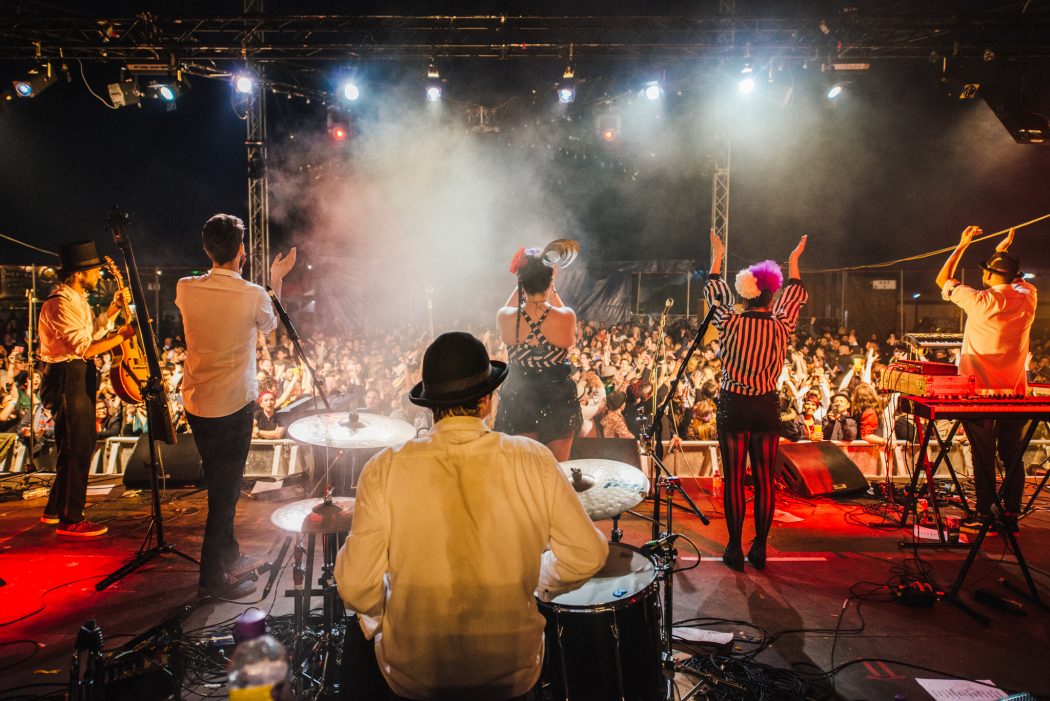 The concert of one of the hottest UK electronic swing bands, Electric Swing Circus will take place on 8th of December, 2017 at the Scarlet Cardinal, Dubai.

The band is currently on a regional tour with dates in Bahrain, Dubai and Abu Dhabi.

The Electric Swing Circus is a live 6-piece fusion of saucy 20’s swing and stomping electro beats. With an explosive sound that reverberates back through time, the ESC hotfoot their way through everything from, rock to electronica, house, big beat and rock n roll, all with their own unique style of swing.

The band has performed in some of the largest and most well-known music festivals including Glastonbury. The Electric Swing Circus has released two albums, the self-titled debut in 2013, and this year’s ‘It Flew By’.