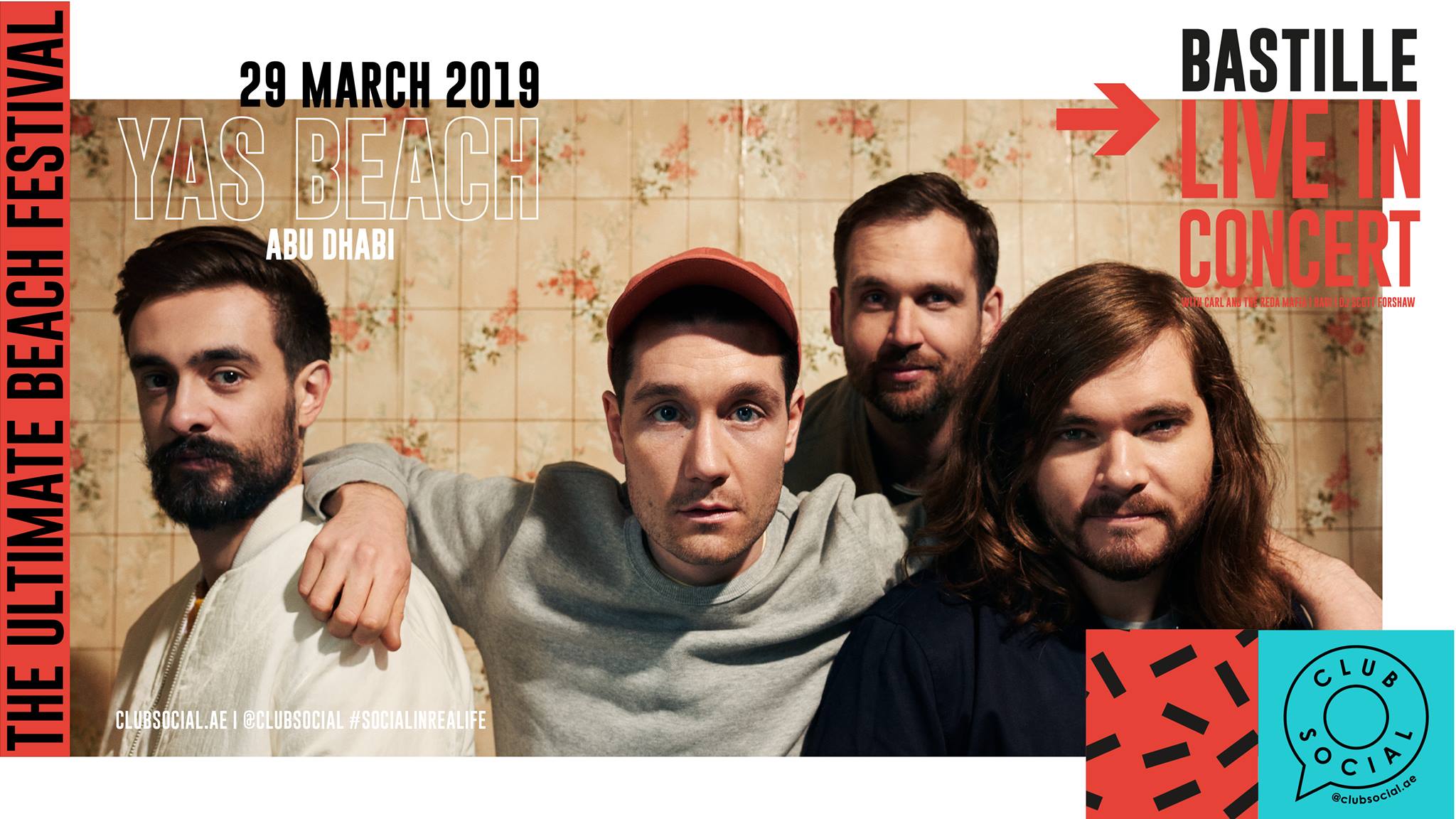 Bastille was created in 2010. The first album of the group was called Bad Blood, it was released in 2013 and immediately became very successful, taking the first line in the UK Albums Chart. The band is now on a worldwide tour promoting their upcoming album release, Doom Days. They will perform some of their hits like Pompeii, Happier, and Of the Night.

Ticket holders will also have free entry for two days of the festival. Club Social, the Ultimate Beach Festival in its second edition will be held on March 29-30 at Yas Beach, Yas Island. It will be absolutely free all-inclusive island weekend with live entertainment, amazing food concepts, fitness activities, family-friendly workshops, and kids entertainment. In addition to the Bastille, Egyptian duo Oka Wi Ortega will perform at the festival, closing the weekend.