Arsenic and Old Lace in Dubai | Coming Soon in UAE

Arsenic and Old Lace in Dubai 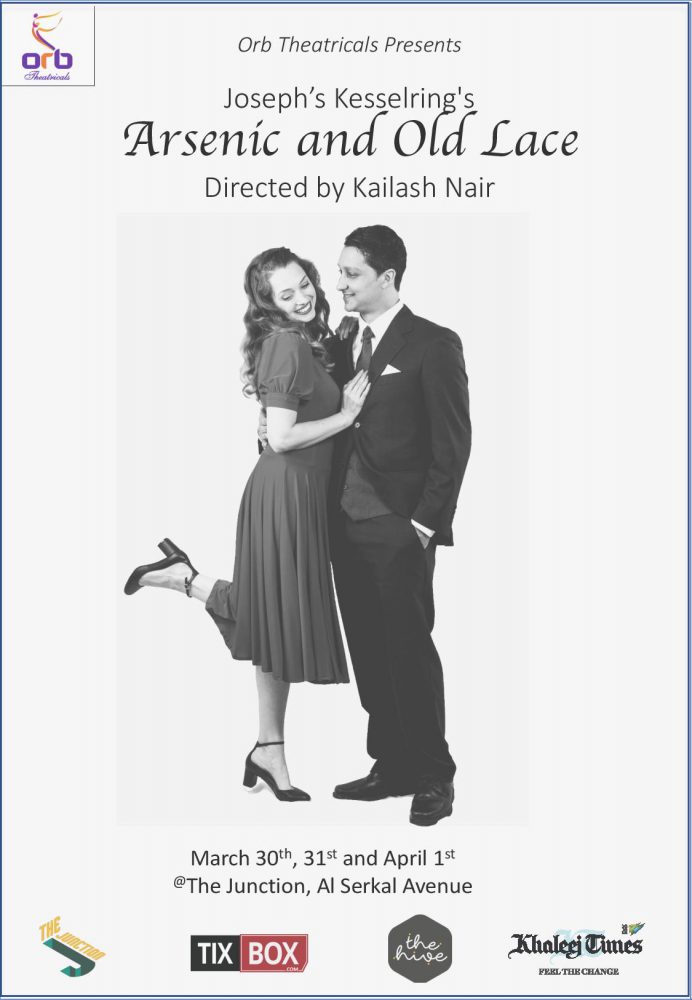 Arsenic and Old Lace will be showcased on 30th & 31st of March and 1st of April at The Junction, Alserkal Avenue.

Arsenic and Old Lace is a full length production with a big cast and even bigger set.

Arsenic and Old Lace is a play by the American playwright Joseph Kesselring, written in 1939. It has become best known through the film adaptation starring Cary Grant and directed by Frank Capra. The play was directed by Bretaigne Windust, and opened on January 10, 1941. On September 25, 1943, the play moved to the Hudson Theater. It closed there on June 17, 1944, having played 1,444 performances.

The director of the play, Kailash Nair, is well known for his critically acclaimed play Dangerous Corner which was performed last summer and had a cast of all top actors within Dubai.