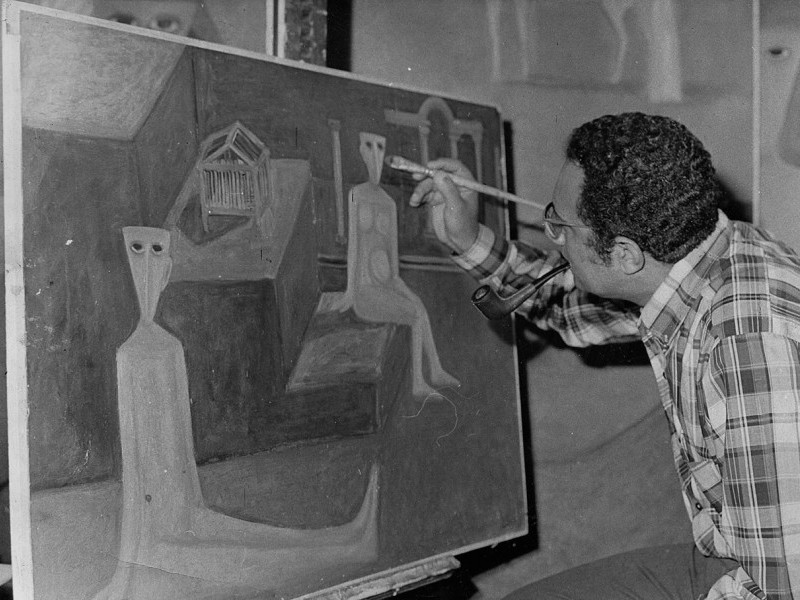 Sharjah Art Museum is pleased to invite for exhibition Ahmed Morsi: Dialogic Imagination which will run from 1st March to 3rd June 2017.

A Dialogic Imagination traces the artist’s diverse output from the 1940s up to the present day. Both figurative and fantastical, his paintings evoke his practice as a poet. Writing in the highly acclaimed cultural magazine Al Khayyal, Samir Gharib, the prominent Egyptian art critic, stated that ‘Ahmed Morsi paints his poetry and writes his paintings.’ He works symbolically to create poetical representations of real events and places that are equally influenced by mythology, imagination and the subconscious. Memory, the passage of time, contemplation, isolation and lyricism are all key elements in his work.