A Literary Affair | Coming Soon in UAE
Home / Upcoming Events in Dubai and other Emirates / Culture & Entertainment/
To get your personalized content feed, feel free to register, sign in and select what interests you in your Preferences. 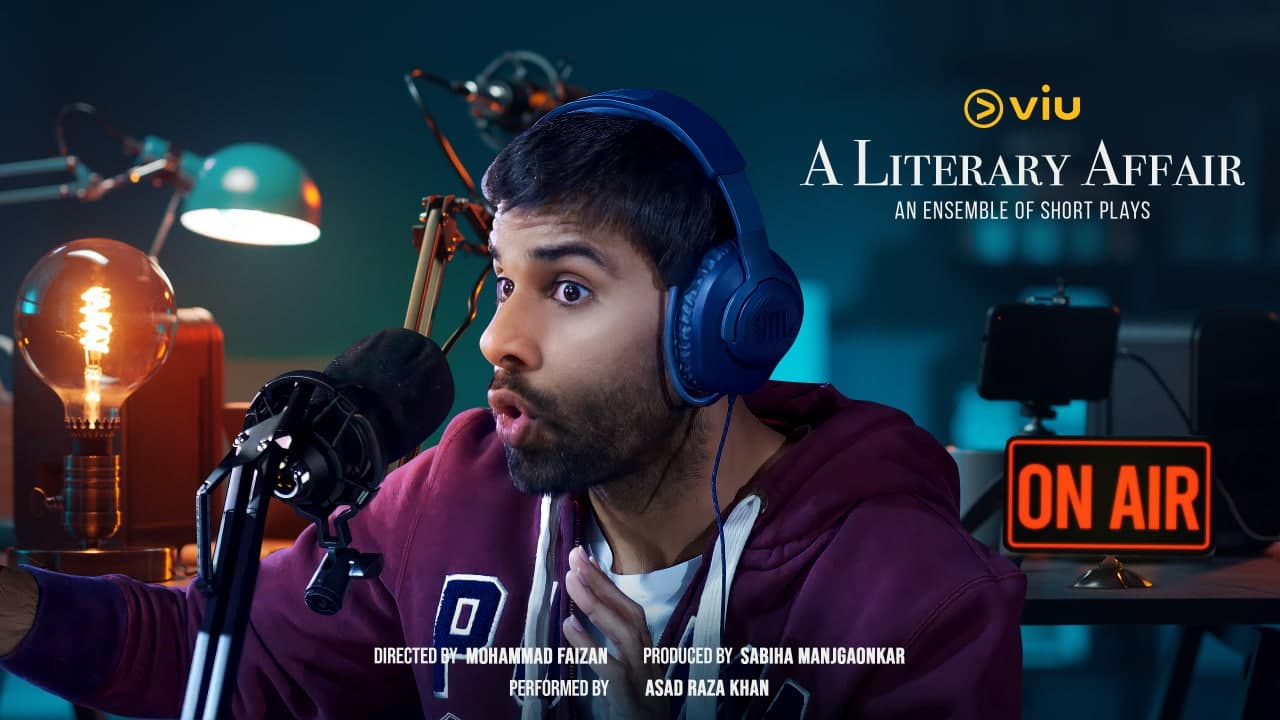 A Literary Affair – Combining two mediums of entertainment in UAE!

COVID-19 changed the way people look at entertainment forever. With live events being cancelled, digital content reaching new highs, and quality content taking the front seat – it was a need of the hour to innovate and bring to the audiences what they required! This led to live performances going digital including comedy, music, and theater. The world embraced this change, and the content become very popular. With live events now returning, the merger of different mediums has opened new doors and had made theater reach new heights of awareness.

People all over the world are streaming productions, and appreciating them. This also grows the audiences coming to watch live theater. With “A Literary Affair”, VIU and Cultural Majlis productions have now brought this innovation to UAE! An affair of two mediums of art – online/digital content and Theatre. Short Theatrical productions are shot for online platforms for the first time in the UAE. All the scripts are original (written by UAE residents), so this puts UAE in front of the world in terms of art and innovation!

“A Literary Affair” releases on March 4th, 2022 at 5 pm UAE time on the VIU platform. The series of 3 short plays, shot for online, are in English to appeal to Global Audiences.

Mohammad Faizan the director says, “This is a very special project. The thought of putting the UAE theatrical scene in front of Global audiences was a chance we could not miss! The transition and merger of two mediums meant double the challenge on the part of the cast and crew. Not only did we want to keep the spirit of theatre alive, but also make sure that they are crafted and produced fit the screen as well. The post-production was as challenging as any content we make for online platforms! We are starting with a series of short plays (as it is the era of reels, shorts, Snapchat) and will look to expand to full-length productions next – all here in UAE! We would like to contribute to growing the Performing Arts scene in this wonderful country.”

“UAE continues to be a hub for innovation and change”, says Asad Raza Khan, who is the writer of one of the short plays (The Promotion) and the writer and actor in another (On Air). “Theatre and Cinema/Digital are being merged all across the world with plays like Hamilton releasing on Disney. However, it was our wish to start this journey in Dubai as well. The theatrical scene in the country has grown leaps and bounds over the past few years, thanks to the government and other patrons of the arts in UAE, and it was time for it to be showcased on an online platform. We are grateful to the producers for helping us all realize this dream. It was a pleasure sharing the stage (and screen) with some great talents who came together to tell some fantastic stories! This was challenging as we had to merge the acting necessities of both stage and screen – which are very different.”. Asad has won multiple awards locally and internationally, has starred in Bollywood productions, web series, and television and theater.

Sabiha Majgaonkar, co-producer (Creative Majlis), “A Literary Affair has been a wonderful experience. The event is unique as theatre is merged with OTT adding to the flavor of performance. Bringing together different short plays on one stage and working with different storylines was exciting and I can’t wait to see the final product on-screen”

The short plays will release on the VIU platform on Friday 4th of March 2022 at 5 pm UAE time. The application is free for subscription. Download for free on Apple App Store or Google Play Store and support local content.

Synopsis – What happens when we dive into the life of a radio jockey? Will we see what goes in the mind of an RJ in between when he is talking to his listeners and how that is part of his own story? Or maybe uncover some secrets which are best untouched? 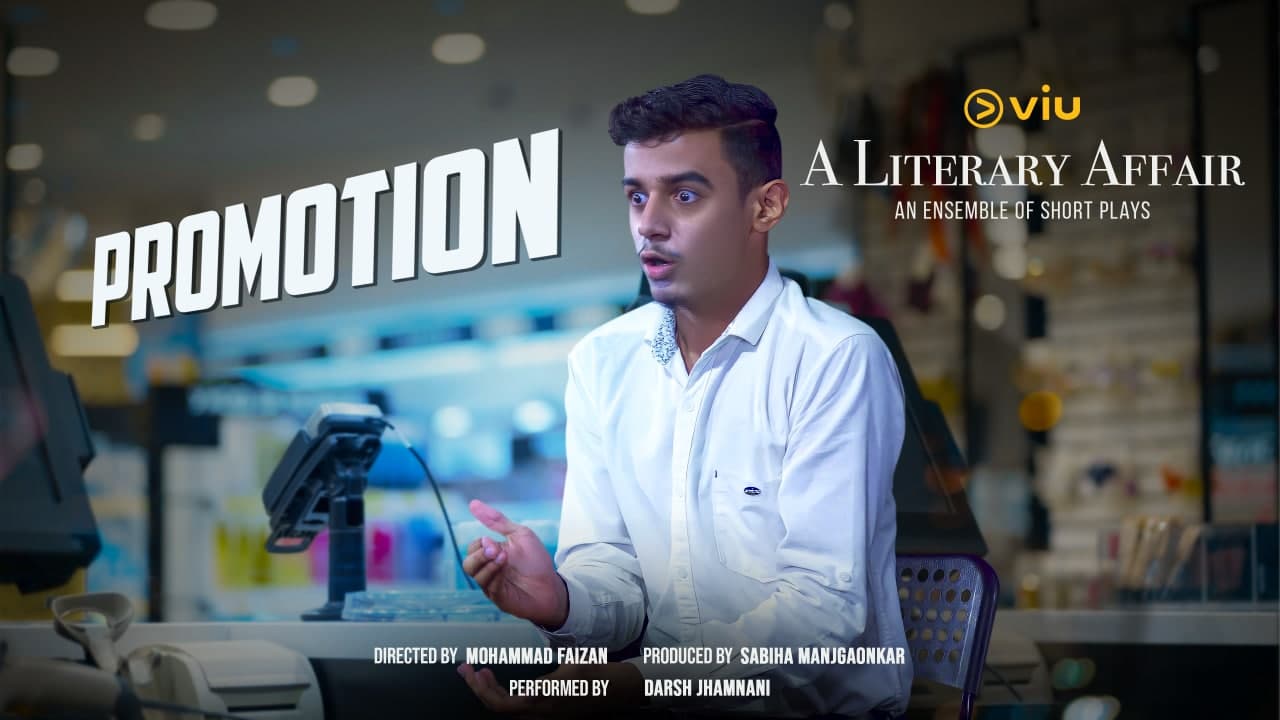 Synopsis – Raj works for a department store chain and is recording an interview with his boss for a promotion. He has many skills but will they be enough? While Raj realizes his dream or will he continue to be neglected? 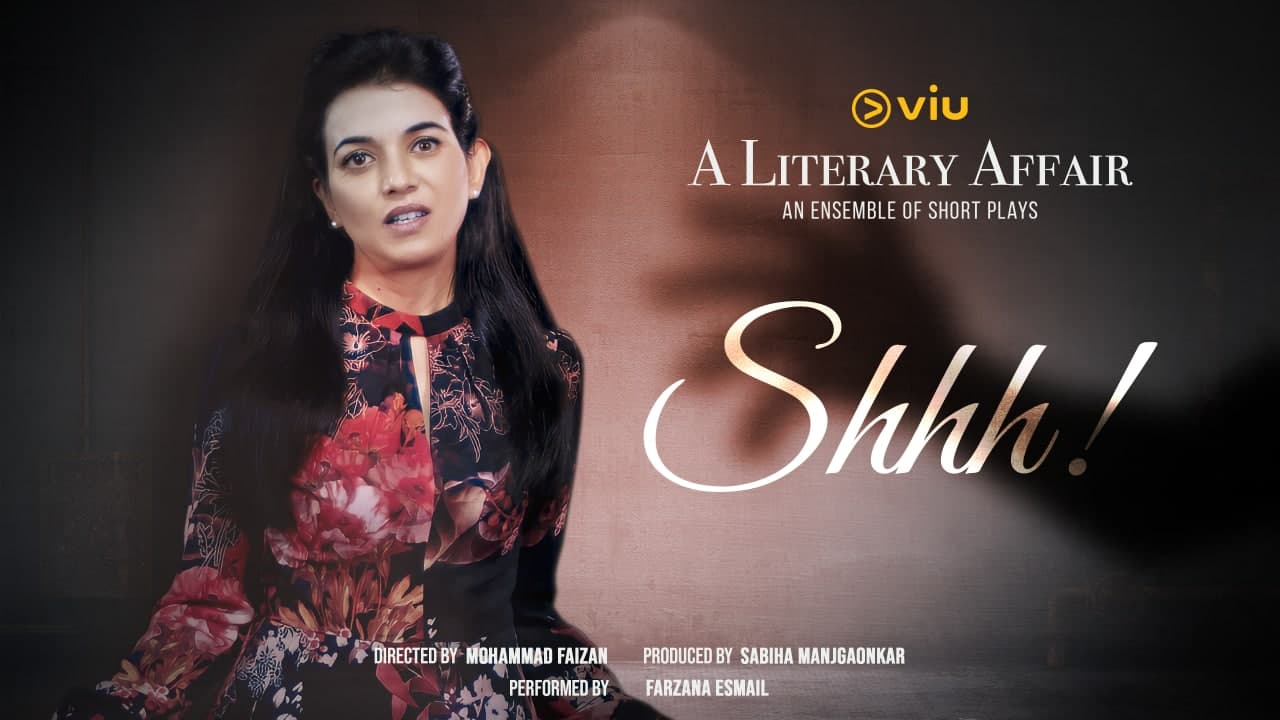 Synopsis – A story of a girl who identifies how women are asked to keep quiet and adjust to everything around them. How they need to compromise to keep their surroundings in balance. But one confession leads to us realizing that perhaps being quiet is not the solution and speaking up is critical.