Holy month of Ramadan, Day 16 | Coming Soon in UAE
Home / Articles / Information/
To get your personalized content feed, feel free to register, sign in and select what interests you in your Preferences. 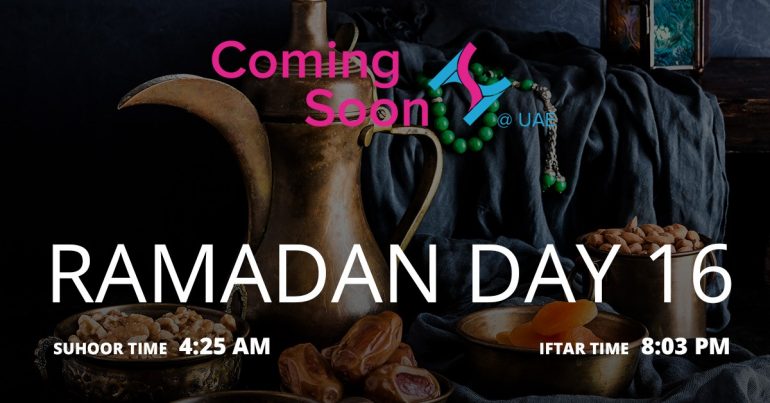 28 April 2021
5 minutes to read
Advertise on Comingsoon.ae
Join our Telegram Channel! Receive all the latest updates Faster. Add Your Event

The blessed month of Ramadan is the month when Muslims seek to perform righteous actions, as the reward for them increases. One such practice is the performance of Umrah.

Umrah (from the Arabic “to visit a populated place” or “intention”) is a pilgrimage to Mecca. In contrast to Hajj Umrah can be accomplished at any time of the year. And most often, many Muslims choose Ramadan as the time for this. Especially the last ten days of the holy month. Another difference from Hajj is that Umrah is not obligatory. Sometimes such practice is called a lesser form of Hajj. It is believed that doing Umrah in the month of Ramadan is tantamount to Hajj. At the same time, Umrah cannot replace the obligatory Hajj.

Muslims can continue to fast during their journey to Mecca, or they can break the fast due to the fact that they are traveling and are on their way. In the latter case, the days of fasting should later be replenished.

The performance of Umrah at any time of the year, and especially in the holy month of Ramadan is considered a great virtue. It must be done with sincere intention and deep awareness. In such a case, these actions will receive a reward from Allah. For the one who commits Umrah, it is an opportunity to be cleansed, to get the sins written off and to get inspiration on the spiritual path.

O Allah, on this day, grant me compatibility with the good, keep me away from patching up with the evil, lead me in it, by Your mercy, to the permanent abode, by Your Godship, O the God of the worlds.