Hidden places of UAE: Plant Lake | Coming Soon in UAE
Home / Articles / Information/
To get your personalized content feed, feel free to register, sign in and select what interests you in your Preferences. 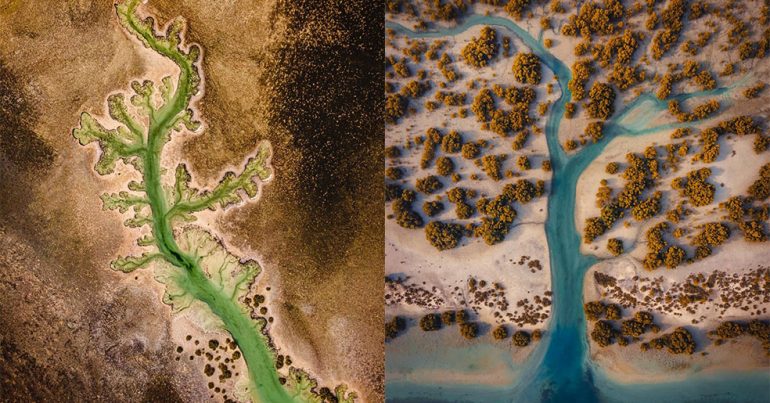 A lot of unusual lakes have been discovered in the United Arab Emirates recently.

This news especially excites Instagram fans, because such places are an opportunity to stop finally taking pictures of their breakfasts at the hotel and fill the account with really worthwhile content. Today we will tell you a secret about one of these lakes. Are you ready? Let’s go!

A new non-standard natural lake was found by a guy with the nickname @amarhabeeb, Amar Habeeb. He was exploring the surroundings of the Al Jubail Island with the help of a drone and suddenly saw in his display the following picture: a huge plant on the ground. Really, a huge green tree! Looking closely, Habeeb realized that this is nothing more than a lake, very reminiscent of a plant both in shape and color. As if thousands of emeralds were laid out in the form of branches. The color was so intensive that Habeeb could not believe his eyes. Many users do not believe either: in their opinion, such an effect can be achieved only by resorting to the help of Photoshop. However, the photographer assures that this is entirely the merit of nature and no filters at all. And it is truth, you can check it by Google Maps using satellite mode. 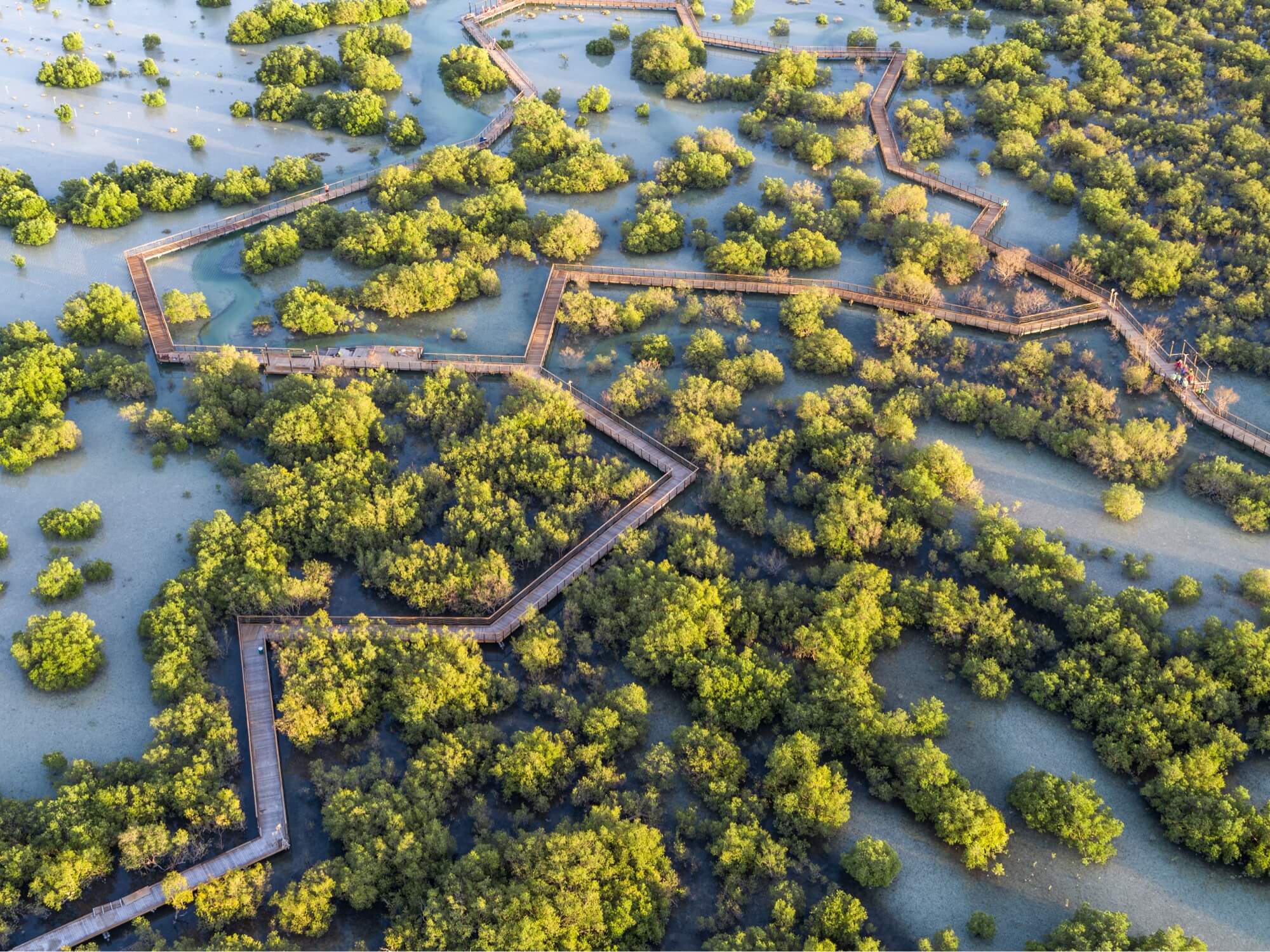 The residents of the UAE themselves were not aware of such a sight and were really happy. There was no official name for the lake, so now they use the name given by the photographer, Plant Lake. As we said, it is located on the eastern edge of Al Jubail Island, not far from Zeera Island and across the water from Khor Laffan. This area is not marked by any geological features that could color the lake waters green. However, experts say that, this time, the reasons may lie not in geology, but in biology: plants and microorganisms living in the lake and on its shores. For example, some algae spread at a super high speed and green vast areas of water. But, in our case, it does not look like this. Algae usually color the water in more turbid colors, but the peculiarity of this lake is that it is transparent. That is why it turns out to be transparent emerald in photographs. So, where did this unusual color for water come from then?

No one can say for sure, but there are several versions. One of the options is a reflection of greenery from the shores, but it would hardly reach the center of the lake. Another option is still associated with algae and their increased growth due to the fact that agricultural fertilizers enter the reservoir and feed the local flora. Such lakes are very interesting, because on the one hand, grown algae are food for fish, and their number is growing. On the other hand, plants consume a lot of oxygen, and fish do not have enough. Such is the natural trap. And one more possible explanation: there are mangrove forests nearby, which are interesting because they are flooded about 40% of the time because they are in the tidal zone. They change the salinity of the water, which Plant Lake looks like a tree not only because of its color. Several channels depart from it, which form a branched system of “antennae”, which looks like tree branches or veins on a leaf. Coastal mangroves give it a fluffy outline when viewed from above, which creates a foliage effect. It looks very nice and natural. So, if you want to fill your Instagram with unusual photos, get a drone or quadcopter, and go to Abu Dhabi to admire the unusual lakes.can carry greens with it during low tides, thereby changing the color of the water. 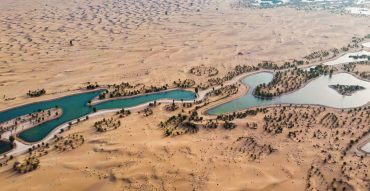 Al Qudra Lakes – Nature’s Retreat at the Doorsteps of Dubai
Al Qudra Lakes is an oasis in the middle of the Seikh Al Salam Desert about 40 km from Dubai, striking in its beauty and tranquility.
Read the Article
Information Abu Dhabi 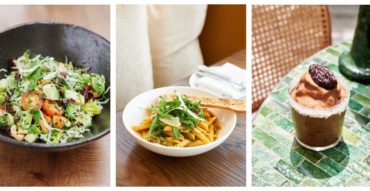 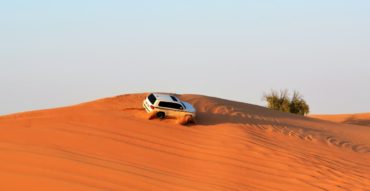 Best Things to Know About Evening Desert Safari Tour
No matter where you go, regardless of how extended or where your stay is, not focusing on fun and exciting activities can leave your vacation feeling dull and boring.
Read the Article
Heritage Abu Dhabi 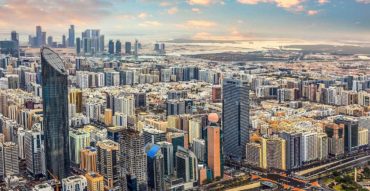 Discover the Emirate of Abu Dhabi
Located on the coast and islands of the Arabian Gulf, Abu Dhabi attracts people from all over the world. Unlike its closest emirate of Dubai, Abu Dhabi does not depend on the tourist flow thanks to its rich oil reserves. For a long time, Abu Dhabi, like other cities of the future UAE, was under the influence of the United Kingdom.
Read the Article
Advertise on Comingsoon.ae