Unbounded by Houghton and New Breed in Dubai 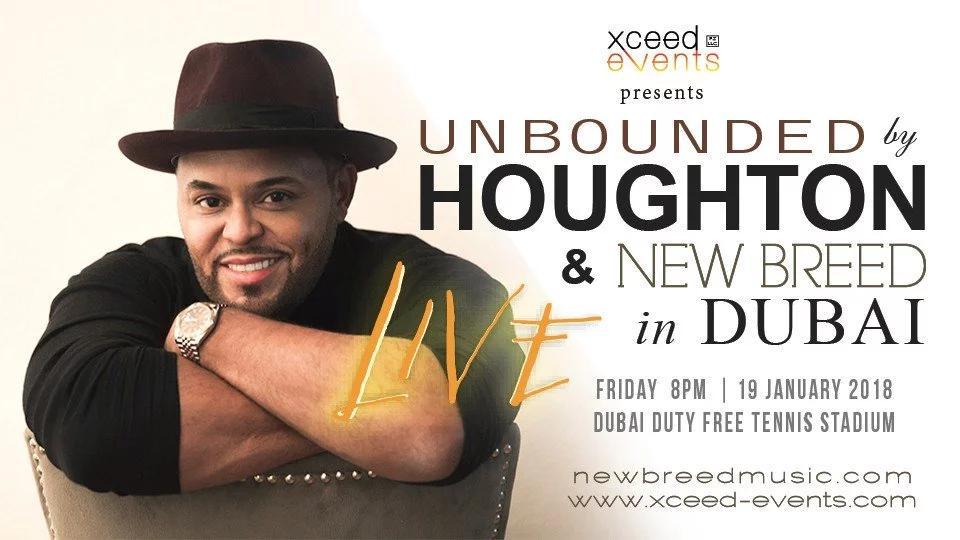 The performance of Houghton and New Breed will take place on 19th of January, 2018 at the Dubai Duty-Free Tennis Stadium.

Houghton and New Breed is a Christian band from Texas, USA. Houghton is the lead singer, who is a multi-talented musician, songwriter, producer, and recording artist. Houghton and New Breed are known for introducing contemporary gospel and worship with a blazing energy that has made him among the most influential tastemakers in his field. The band has created a canon of songs that have become standards in houses of faith around the globe.

With a successful career spanning over 23 years, Houghton is the recipient of six Grammy Awards, 16 Dove Awards, two Stellar Awards, a Soul Train Music Award, and many more. His latest album, Covered: Alive in Asia, was recorded in Singapore, Japan, and South Korea during one of his world tours.