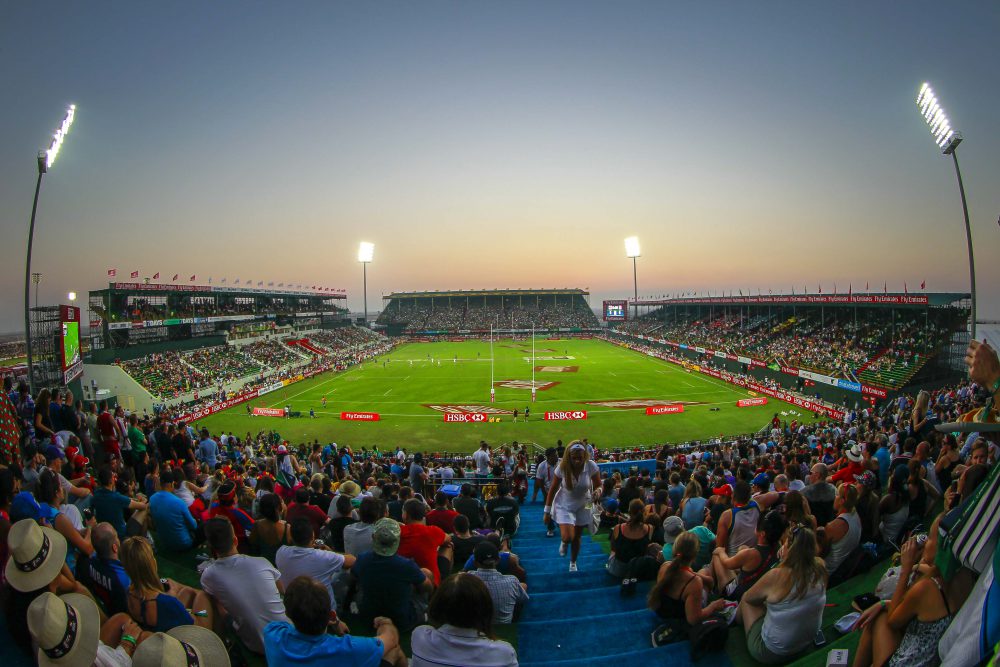 Nail-biting action, great crowds, a party atmosphere, top class entertainment and an amazing, purpose-built venue? Check! Emirates Airline Dubai Rugby Sevens is without a doubt an event to remember for everyone who turns up and joins in the party.

The action on the pitch is world-class, as you’d expect. Dubai is the first round of the HSBC World Rugby Sevens Series and the HSBC World Rugby Women’s Sevens Series. The Emirates Airline Dubai Rugby Sevens is a big social event as well. From family fun to fancy dress, if you want to let your hair down this is the place to be. Watch the rugby, support your team and then party late into the night for a weekend to remember!

The heart and soul of The Sevens Stadium is pitch one which is transformed into a fantastic sporting arena for the tournament, hosting the world’s best rugby sevens players and some of THE most passionate fans on the planet. Yes, they come to have fun, but they take supporting their team very seriously!

But the rugby isn’t limited to the HSBC World Rugby Sevens Series and the World Rugby HSBC World Rugby Women’s Series. There’s also the Invitation Tournament, with over 220 teams including local teams, veterans, women, juniors, and a Gulf U18 girls competition, so over the three days all seven pitches are in full swing. The Emirates Airline Dubai Rugby Sevens actually started as an Invitation Tournament so it’s a proud part of the event’s history. Back again this year is the Invitation Netball Tournament with 32 teams battling it out for the title.

But the event isn’t just about the rugby; the Emirates Airline Dubai Rugby Sevens is a fantastic place to be for all the family.

You can buy tickets here