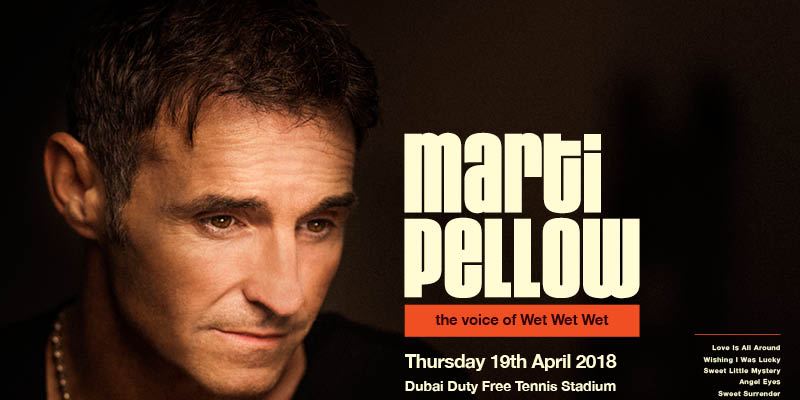 One-off live concert of the lead singer Marti Pellow will take place on 19th of April at the Dubai Duty Free Tennis Stadium.

Marti Pellow is one of Britain’s true great stars, having achieved the highest accolades and successes with one of the biggest bands in UK pop history, he has gone on to become one of our biggest musical theatre stars.

Marti Pellow the voice of Wet Wet Wet will be singing all their hits as well as some of his new material. With a career spanning 31 years which includes 13 top ten hits and 3 number one singles, this is sure to be an unforgettable night.

This is a career that has so far seen a record for the longest Number One in UK chart history, one of the four biggest selling songs in the UK of all time, consistent chart-topping multi-platinum album sales, the largest free concert in the British Isles, the achievement of every major award in the British music industry.